Some Little known facts about Ireland/Irish

Some things you may not have known about the Irish

Did you know a irish man founded the Argentinean Navy, who would have thought :o)
Only 2 of the U2 band members are actually Irish.
Until the early 90′ Ireland actually had a very low per capita consumption of alcohol
It once rained in Ireland several years ago for 40 days straight (sorry Seattle and Portland)
Ireland hosts the 4th largest soccer stadium in Europe Dublin’s Croke Park.  Pretty cool
Enjoy your holiday and be safe Everyone 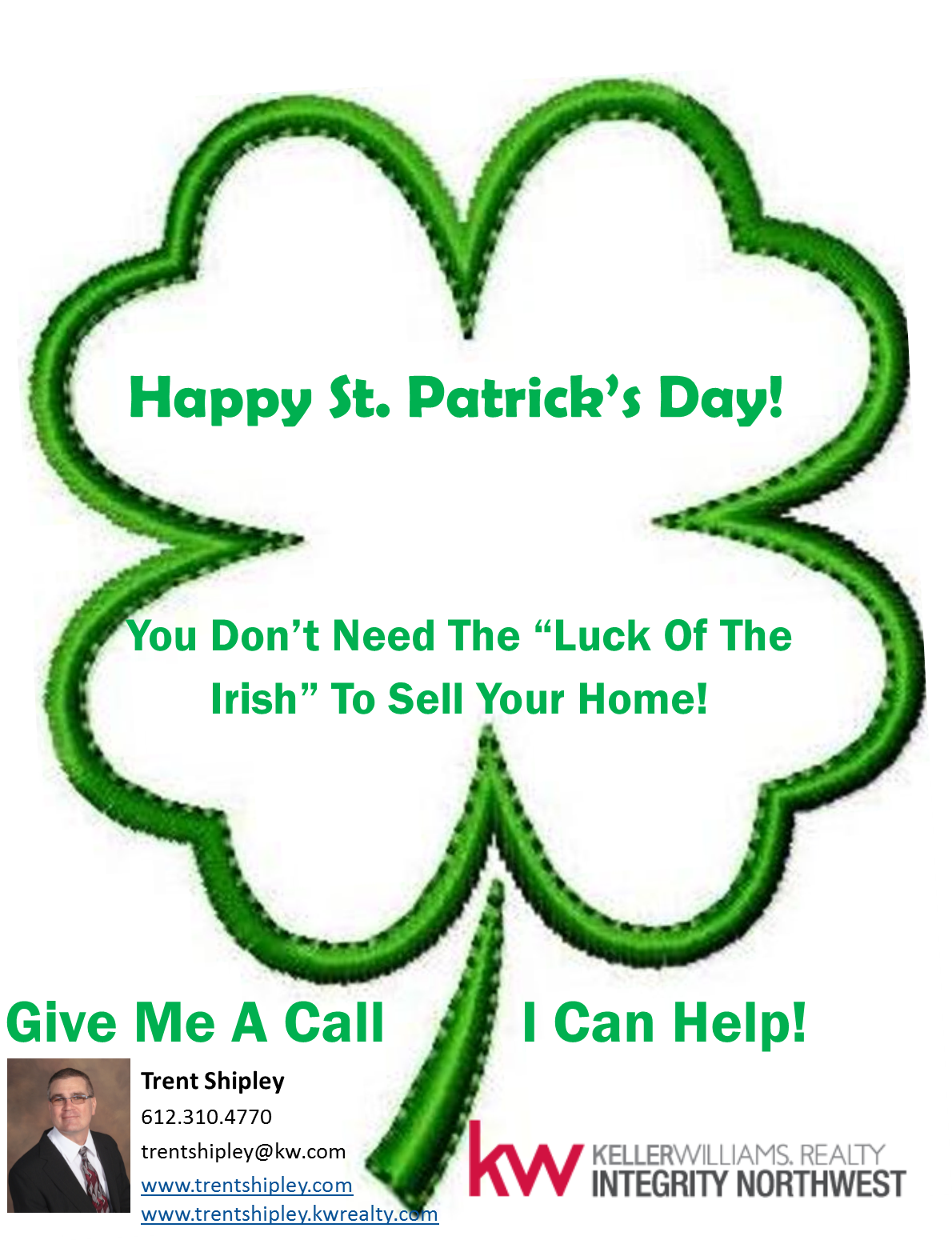 Selling your home in Minnesota during the winter months

Selling Your House During a Minnesota Winter